Another new nail trend alert! Are you looking for some cool abstract nail art ideas ? Well no need to look further. If you are active on Instagram then i am very sure you will be familiar with this nail trend.

I love this nail trend because it is so unique and it channels one’s inner creativity. Abstract nails involve squiggles, art illustrations, dots and a lot more.

These nail ideas were selected from some of the best, creative and talented minds. We made sure we picked from the very best.Without wasting much of your time. Below are 25 cool abstract nail art ideas that you need to try now. 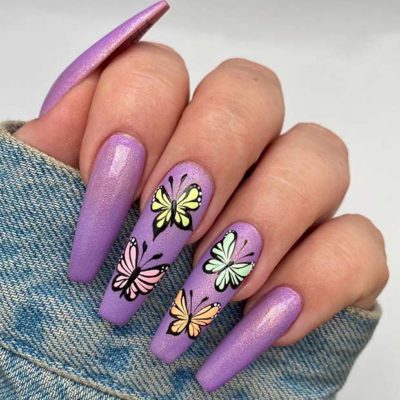